O.K., ECO is confessing to being an Eagles fan! How Long is a track off the Long Road Out of Eden album released in 2007, coincidentally the same year that a submission was made to MEPC highlighting the threat to the Arctic from black carbon emissions! Revisiting MEPC 6/4/8, ECO has realised that 2007 was a big year for shipping and black carbon. Not only does the paper recognise that black carbon is a potent warmer, exerting its effect both in the

atmosphere and when deposited on snow and ice, but it provides preliminary estimates of ship black carbon emissions of between 50,000 – 71,440 metric tons a year based on research also published in 2007. The paper recognises that small amounts of emitted and deposited black carbon would further exacerbate Arctic warming and melting. How long wonders ECO will it be till regulations address black carbon emissions? Another coincidence on the same Eagles album, is a track Guilty of the Crime!

Ships burn HFO, dirtiest fuels on earth – bottom of the barrel. You see it steaming hot to make roads. To their credit, the IMO’s Members have been onto this since Scandinavia realized sulphur in HFO caused acid rain. So in 2008 IMO took a decisive step; ban high sulphur fuel globally. Bravo. But hey! Time flies, it’s 2020! Now carrying the stuff for fuel is banned. One

small problem. Fuel experts found low sulphur compliant blends may send ship black carbon emissions through the roof (PPR 7/8). Or at least up to the Arctic. Industry claim this is wrong, quoting “studies” but nothing to review in writing. Others reckon – the stuff should be banned (PPR 7/INF.15). On PPR’s agenda this week. What a headache. Credibility on the line. NGOs say ban HFO and blends in the Arctic. Mandate distillate fuels only. Good plan. Help save the Arctic. Or maybe just discuss, study and consider further? ECO imagines this is the kind of thing that keeps the SG awake at night! 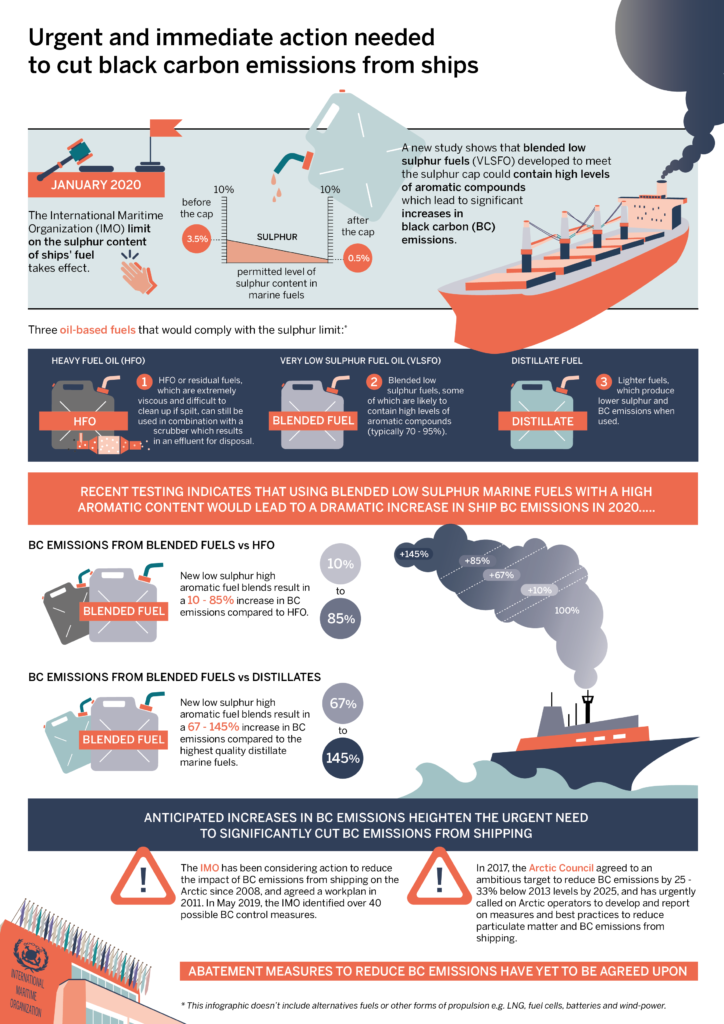 ECO would like to express its sincere condolences to all the victims of air pollution and climate change. Particularly those living in the Arctic, a region which is changing at unprecedented rates. Today ECO reports on the devastating scenes of dead arctic animals and ecosystem destruction outside the IMO Arctic Summit. What are the reasons for these devastating crimes in the region? Is it black carbon emissions accelerating ice loss? Are arctic animals and communities are losing their hunting grounds from the rapidly melting ice? Is it the result of a devastating toxic oil spill that is impossible to clean up? Detectives, scientists and lab scientists descended on the IMO to investigate. Check out more here on the Ecohustler website. 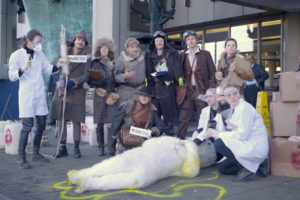 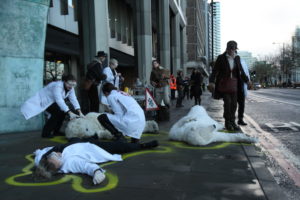 Strengthening sewage effluent requirements…
ECO was horrified to learn that 97% of ships tested in 2017 did not meet sewage e effluent requirements despite using type-approved sewage treatment plants.It is unacceptable for sewage discharges from ships to contaminate the marine environment and potentially endanger human health. Norway is to be commended for their proposal to clarify and strengthen the type approval test process for sewage treatment plants and require monitoring and maintenance of sewage treatment plant performance, which will enable the enforcement of effluent requirements throughout the lifespan of the system. ECO suggests that standards for grey water should also be addressed as part of this process given that grey water has even higher faecal coliform levels than untreated domestic sewage. The State of Alaska has shown regulation of grey water is essential and is complementary to the treatment of sewage.

ECO heard that last week it was UK pun day! Well ECO has been closely following the discussions and events at this Arctic Summit this week and has a pun to contribute. Noting the “Demands for a ban on HFO use in the Arctic” ECO responds “That’s a slick ask!”