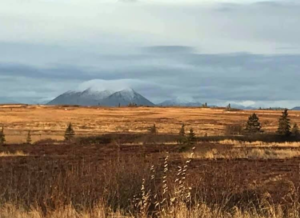 ECO came across this fascinating article “For Arctic Indigenous People, is Foresight 2020?”, and will like to share a few powerful quotes from a Siberian Yup’ik Inuit’s perspective:

“if we fail to meet the challenge of the climate crisis, our inaction will have long-lasting impacts on the Arctic, its indigenous peoples, and the overall well-being of Earth’s climate”

“In December, my mom posted a picture showing no snow or ice in my hometown of Dillingham, Alaska. I remember Decembers growing up with feet of snow for my friends and I to play in. Our Decembers were marked by ice-skating, snowball fights, snowmobiling and ice-fishing. It was heartbreaking seeing my mom’s picture this holiday season knowing that younger generations face a future where snowy December afternoons are rare.”

“Let’s be proud in the future when we say ‘hindsight is 2020’ because we had the foresight to make the tough decisions to protect our planet and future generations. The Arctic, and our one and only Earth, are worth it.”

Well, what can ECO say! Protecting the Arctic from HFO is certainly a theme here this week. The Imavut on Monday was a wonderful opportunity to experience Arctic Indigenous culture and food firsthand. In plenary many countries spoke up about the importance of protecting Arctic people and Arctic economies – perhaps not all with the same emphasis! The biggest news has to be Canada’s announcement that it has become the 7th Arctic State to support a global ban on heavy fuel in the Arctic albeit with a delayed implementation till 2024. A working group is now tasked with developing a ban on use and carriage as fuel but there’s a lot of detail to be worked out yet – delays, exemptions, waivers are all being proposed. Eco hopes that delegates at PPR don’t end up delaying a measure so long that decarbonisation of the shipping industry has overtaken us and the IMO is sitting under meters of melted icesheets. 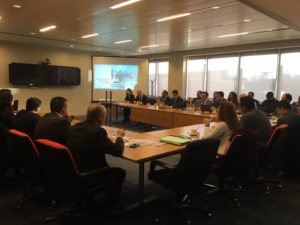 ECO had so much fun at the IMO/ Inuit Circumpolar Council’s evening reception!

Plastics in the Arctic

ECO is shocked to learn that even in the most remote Arctic areas, large amounts of plastics can be found washed up on the coastline. Luckily, Iceland -as Chair of the Arctic Council- has recognized this fact and will hold an international symposium on Arctic Marine Litter. A recent investigation by a Dutch research institute, WUR in Greenland, Iceland, Svalbard, and Jan Mayen shows that plastic litter can travel long distances via ocean currents. Recognizable plastic items washed up on Svalbard predominantly consist of fishing litter. Apart from damaged fishing nets or parts of nets, the researchers found a variety of fisheries-related items such as fish boxes, strapping bands, and ropes used in fisheries.The IMO Action Plan to address marine plastic litter from ships offers an opportunity to tackle fisheries litter. ECO believes that with increasing activities in the Arctic, measures to reduce input of plastic from shipping (including fisheries) in the High North should be put forward rapidly.