For Arctic Indigenous people, is Foresight 2020? 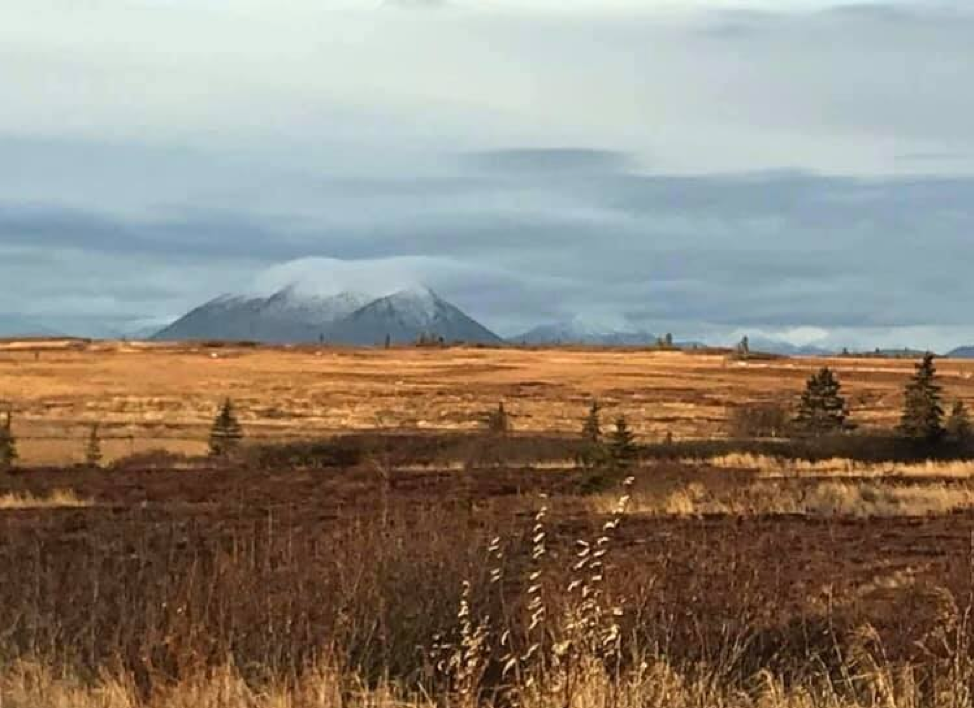 By Verner Wilson III, Senior Oceans Campaigner at Friends of the Earth US

As a Siberian Yup’ik Inuit who was born and raised in Alaska, I have several concerns relating to my home in a changing climate.  I have hope humanity will not have to look back at the year 2020 wishing we had acted on the climate crisis, and say that, in hindsight, we wish we could have done something differently.  2020 must be a year of action, and if we fail to meet the challenge of the climate crisis, our inaction will have long-lasting impacts on the Arctic, its indigenous peoples, and the overall wellbeing of Earth’s climate.

As a senior oceans campaigner for Friends of the Earth, U.S., I have learned a lot about the issues of shipping, climate, and how my Arctic home-region is crucial for the health and wellbeing of the delicate temperatures of earth that support all life.  The Arctic, along with Antarctica, acts as the world’s refrigerator.  Growing in such frigid air, I didn’t realize that the snow and ice I played childhood games on with my friends in Alaska were crucial for places like the African and American deserts, which would be uninhabitable if it weren’t for the polar ice caps to help moderate their temperatures.

In 2020, our leaders must make several decisions that help protect our polar regions.  If foresight is 2020, then hindsight is 2019 – and we must understand what happened in the last year as it relates to our world’s climate.  The U.S. National Oceanic and Atmospheric Administration released a report showing 2019 was the second warmest on record for our world, including the warmest on record for oceans.  In Alaska, it was reported that it was the warmest year on record.  In Antarctica, a record 65 degrees Fahrenheit was recorded in early 2020.  In Greenland, scientists used aerial photos to document lakes the size of football fields made out of melting ice from Greenland’s thickest glaciers, alarming them at how much larger they were then previously thought.  In December, my mom posted a picture showing no snow or ice in my hometown of Dillingham, Alaska.  I remember Decembers growing up with  feet of snow for my friends and I to play in. Our Decembers were marked by ice-skating, snowball fights, snowmobiling and ice-fishing.  It was heartbreaking seeing my mom’s picture this holiday season knowing that younger generations face a future where snowy December afternoons are rare.

These troubling developments make 2020 the year that our leaders must act on climate change.  In my field of work, I focus mostly on shipping issues as they relate to the Arctic and the bustling Pacific Northwest.  And I know 2020 will be a pivotal year in both these regions as sea ice melts and commerce continues to grow between North America and Asia.  This next week, I am attending the International Maritime Organization’s (IMO) Pollution Prevention and Response (PPR) Subcommittee that will be considering a ban of dirty Heavy Fuel Oil (HFO) in the Arctic.  HFO is the dirtiest, thickest fuel that ships can use.  It burns with so much pollution that the Clean Arctic Alliance is advocating for its phase out in the Arctic, as a follow up to the ban on HFO already realized in the Antarctic.  If there was a spill, it would be next to impossible to clean up – devastating marine mammals and fisheries that me and my fellow Arctic indigenous people depend on for our food and livelihood.  Further, PPR will be considering reductions in Black Carbon emissions from ships.  This is crucial, as black carbon is known to melt snow and sea ice in the Arctic, exacerbating climate change.  Unfortunately, we are finding out the 2020 sulfur cap put in place by IMO has led to shipping companies using fuels that are lower in sulfur, but higher in emissions of black carbon.  This is a gross unintended consequence of the IMO sulfur cap that further pollutes the Arctic through the form of increased black carbon emissions.

In May 2020, the IMO’s Marine Environment Protection Committee (MEPC) will consider further reductions in climate change emissions from the shipping industry.  As I stated in a previous blog, if shipping were a country, it would rank sixth in the world between Japan and Germany in terms of climate change emissions.  It is important for Arctic Indigenous peoples to be heard at this crucial meeting, to help people understand why we need the Arctic to remain cool by reducing emissions from shipping and other sectors. That being said, I am glad to see the Inuit Circumpolar Council (ICC), the international NGO that represents all Inuit people (including myself) seek to achieve consultative status at IMO.  IMO country delegations must support their application this year so they can gain the wisdom and knowledge of the people who have been living in the Arctic for thousands of years and have the values and determination to help protect their homelands and waters.  Friends of the Earth was glad to have helped our Indigenous partners move toward this important goal, as it is a matter of social and environmental justice for them.

Whatever happens in 2020, I hope it is led with foresight by our local and global leaders.  There’s usually a negative connotation to that saying that ‘hindsight is 2020,’ meaning you wish you had done something different to achieve a better outcome.  I hope that can be changed this year.  Let’s be proud in the future when we say ‘hindsight is 2020’ because we had the foresight to make the tough decisions to protect our planet and future generations.  The Arctic, and our one and only Earth, are worth it.

By Verner Wilson III, Senior Oceans Campaigner at Friends of the Earth US